Archery, a hunting method that was primitively used to kill animals and birds, and even used as a weapon in battles has now become a great emerging sport. It progressed worldwide primacy in the 1970s. Though the first tournament occurred in 1902, due to negligence of higher authorities it was excluded in 1908. Although, the induction of high-level tournaments started after the 1970s when people revealed a keen interest in this wonderful sport. And now at this time, it has earned extreme significance, including international tournaments with skilled and professional competitors. But the sport is not as simple as it seems. Like other games, it also has certain, indestructible rules that one not ought to break.

Before understanding the rules and principles of Archery we must know the word archery properly.

The word Archery is derived from the Latin term Arcus which means bow.  It is a competitive shooting game played by skillful shooters with bows and arrows as necessary equipment. 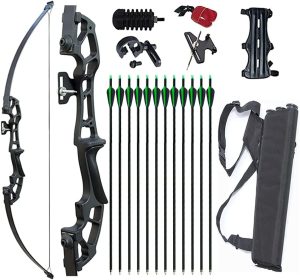 Types of Bows and Arrows

A bow must fulfill these requirements of international Archery.

All categories of bows include three major parts i.e. 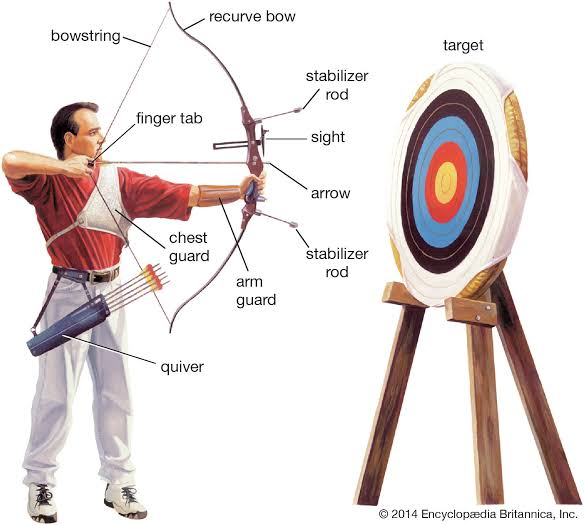 Including simple to advance there are many types of bows used in archery from ancient times till today.

Let us explore these bows one by one.

The most traditional and used bow is the recurve bow. As mentioned above, having curves of limbs provide extra force to the arrow. This is the only type of bow that is permitted in the Olympics. Manufacture of these bows can include fiberglass, wood/carbon, and composite riser.

As the name is exploring the whole structure of the bow. The longbows are long enough to be the size of their operator. The most primitive type of Bow that only contains a wooden arc with no curve on limbs. The bow is a huge and extensively hard one to utilize. As it is difficult to operate only master or skillful shooters use them for hunting.

Hunters usually search for this advanced technological bow as it has some extraordinary features that provide the arrow with more power with minimum effort. It has a combination of pulleys, cables, and cams that suppose the archer to focus on the target precisely. This provides extreme accuracy and minimizes the chance of prey escape.

Several arrows can be used in Archery unless they match the international archery definition of the arrow. i.e.

We classify arrows according to their texture or the material used in them these includes:

The Rules of Archery

Some basic general rules you need to know in this regard.

A minor archer can’t compete with a senior or master archer. To avoid such inconvenience archers are classified as:

Cadet: The category contains the minor competitors having no experience in this field. It includes teenagers of age 17 and below 17. Newbies are welcomed in this section and competition occurs between them

Junior: The group comprises youngsters of age 18 to 20 years. Somehow experience they get previously from the cadet group. After that, they are promoted to the OPEN category.

Open: Adult group that contains competitors of age 21 to 49.

Master: They are mature and advanced shooters aged 50 and above. People at this age are usually experts and most of them become instructors for their juniors.

Rules for equipment are as follows;

No limitations in this regard. Players are allowed to use safety equipment as much as they need but keep in mind that equipment should never give illegal benefit to the player. So, you are allowed to wear gloves, glasses, clickers, and many more.

You are supposed to use a thumb ring that is made up of leather, which will provide you with a perfect grip on the string.

All these will never affect the performance of your archery but provide you with protection.

The arrows and the bows: 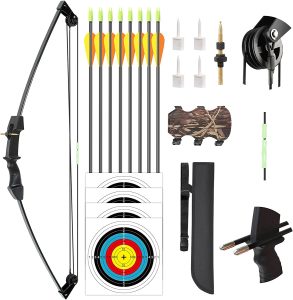 Worldwide the standard number of arrows a player can keep with him/her is 3 to 6 arrows for shooting. The standard diameter of the shaft of the arrow must be 9.3 mm.

All players must use the same nature of arrows. Either it is made of fiberglass, aluminum, or wood. All archers will acquire one of them.

The arrow must contain the name of its operator for identification.

Archers are allowed to replace the arrow or other equipment by appealing to the judge if the equipment is damaged or broken.

In Olympics, only recurve bow is allowed to be used. Other competition also uses compound or wooden.

All players must use the same bows in each competition. No space for the electronic gadget to enhance the performance of shooting.

All Olympics archery games have the same nature of the target. It includes several rings on it. Each ring has a distinctive score from the other. Score increases as we move outer towards the inner ring. It includes 1 score to 10 scores.

The outer two rings are colored white, then the inner two are colored black and the innermost circles are blue and red followed by the two last gold circles in the center. 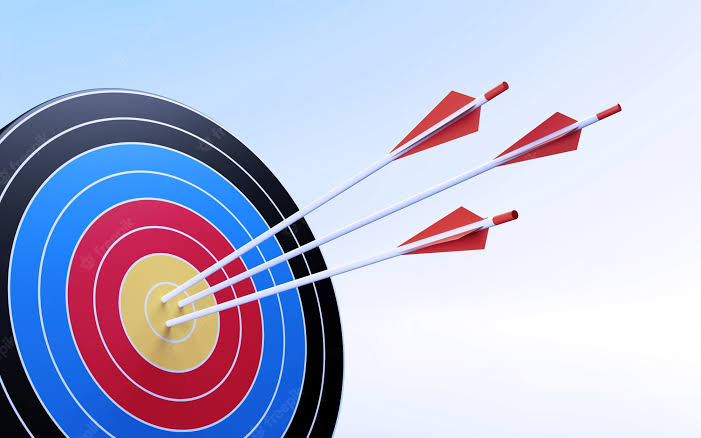 The whole diameter of the target is 122cm. If the archer failed to shoot on target he/she will get no score.

Distance of the target to archer:

All players shoot from a certain same distance from the target. The distance can be changed from competition to competition.

In Olympics, the standard has been fixed that is 70 meters away from the player and 1.3 meters above the ground.

While in indoor archery, the target is very few meters away which is 18.3 meters.

The competition starts in a very professional manner. Players need to focus on whistles instead of words. These whistles allowed to know a player when to shoot and when to stop shooting.

If the arrow remains within 3 meters after the shot, the archer is still allowed reshot that arrow.

Release of the arrow before or after time will not be considered moreover it will eliminate the highest scored arrow.

Each player has 2 minutes to release 6 arrows on target. In exceptional cases, more time will be allotted to the archer.

If the arrow is embedded in a previously fired arrow then the score of the former arrow will be considered.

Read More Post: Using Bleats And Antlers May Just Give You A Shot

Each round of archery is known as “An END”. The shooting of six arrows completes an End. Rounds can be of more than one. After each end player is allowed to pull his/her arrows.

The number of arrows in one round depends on the tournament.

Difference between End and Round:

The end is the specific number of arrows that you can shoot before pulling back your arrows to the quiver from the target. Meanwhile, round means the total number of arrows you are permitted to shoot.

Like other games in archery, one winner must be decided. However, in some cases event of tie occurs. There are several tactics to break these ties.

If by chance two or more archers got the same score then they were allotted a tiebreaker shot.

Each player has 40 seconds for the tiebreaker shot. The one whose arrow is nearer to the center is declared the winner of the tournament. 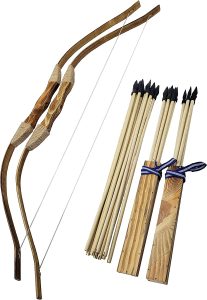 There are some essential rules you need to know before competing at the national or international level.

By implementing these essential rules you will enjoy a better archery tournament with a great performance.

I hope the article proves to be informative and knowledgeable for you. Archery is such a good recreational game that was once not a game but a weapon. But now due to advancements in technology and the weapon field. It restricts to mere a tournament or a game. Every year people from all over the country come to watch the archery tournament moreover 140 countries take part in this game. The government of different countries supports the champions and honoured them with various medals and cash prizes that always encourage their morals.

Read Related Post: What You Should Know About Hunting In Extreme Weather