The short answer here is yes. It shouldn’t come as much of a surprise to you though, I mean aren’t you the same way? There is a reason all we ever want to do is curl up and take a nap when it rains. Rain bothers us… too bad it doesn’t bother the deer. But more on that later.

Knowing when deer are going to be most active is a crucial step to getting deer in your crosshairs.

Tracking, stalking, or even just waiting for you pray to show up in your line of sight; is an arduous, tedious, and sometimes completely depressing task. You can go hours without seeing a white-tail, red, roe, or any of the other types of deer you’re hunting. It happens to all of us, and those are the moments that hunting turns from ‘enjoyable outing with your friends to ‘oh my holy Jesus can we hurry up and find a buck so we can go home and eat.’

But you’re not a seasoned hunter. Of course, that doesn’t mean that you shouldn’t have the same information at your disposal as everyone else. That’s what research is for, and that’s what you’re here for; to help you conduct that research.

And we are here to help with that.

When Deer are Active

There are several times of the year when deer will be active. During the Rut, after big storms pass through, and just before significant changes in the weather (i.e., Summer to Autumn).

Many a hunting parties pack up and head home, once the rain comes into the forecast. Understandably so I guess. The gloom of the rain dampers the mood, and morale gets pretty low pretty quick during long bouts of rain. We all know how rain affects us, but few hunters realize how rain affects their quarry.

The truth is, rain barely affects deer at all. I’ve seen deer right outside my window playing in the backyard (sometimes in the front yard) in some heavy rainstorms. They’re like children who want nothing more than to slosh around in the puddles.

Basically, deer go about their days whether rain or shine during hunting season. Actually, it has been said (by well-respected hunters) that the constant hum of the rain actually makes them less skittish. Still wondering if you should hunt in the rain?

Before Major Weather Changes. The rut is just another term for “the mating season.” The timing of this varies between regions so keep that in mind when determining when hunting the rut. You’ll start to notice the breeding season is beginning when deer begin to veer from their typical patterns, in search of their doe.

These times, they’ve got one thing on their minds. You can probably guess what it is. But, there are different phases of a rut (Pre-rut, Post-rut, Peak, and a few more); if you are hunting the rut, you’ll need to keep in mind what the current rut phase is.

When the winter begins to set in deer are in caloric surplus mode. It’s the equivalent of a bodybuilder being in his ‘bulking cycle’. Their goal every day is to ingest as many calories as possible.

Deer know that they are going to need more calories to last them through the frigid winter temperatures there is little to feed on. So they set out on a mission to stockpile as many calories as possible.

When Dear are Most Likely to Bed Down

When Dear are Most Likely to Bed Down

Bedding down is nothing more than the term hunters use for when they lay down and get their rest. So when do dear stop being so active?

In the dead of winter, you won’t see any white-tail prancing around wasting energy. Calories are too hard to come by then; they’ve got to conserve the goods man. These are the months that deer will typically only be active while foraging for their next meal. 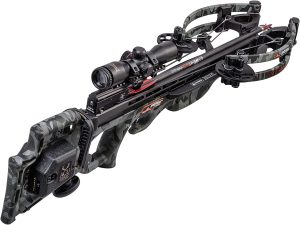 Imagine, it’s 80 degrees outside on a November morning. To you and I this doesn’t sound so extreme. But to a buck that already has his winter hyde, 80 degrees is far too hot to gallivanting around looking for his next chance to mate. Don’t expect to find much action when its crazy hot outside – relative to the deer.

The whole world slows to a snail’s pace during those epic rainstorms that seem like they must have come from Zeus himself. It’s no different for deer either. When it’s pouring outside, you’ll likely find your quarry far away from your field of view. Unless of course, you know how to locate deer bedding areas.

It’s common knowledge that weather affects the movement of deer – or all animals for that matter. The problem is, there has always been little consensus for how weather affects their mobility. Luckily, the past few decades a ton of research has been conducted on how to track deer in unfavorable conditions.

Tracking in the Rain

Finding deer in the rain shouldn’t be that much of a difficulty. Like we said earlier, rain (except for torrential downpours) has little effect on the habits of a doe or buck. You’ll often be able to find them in their normal habitats, relative to what time of the year it is.

Tracking in the Snow

Tracking in the snow is significantly different than in any other time of year. But they are also more predictable in the snow. The greatest tip I can offer someone tracking deer in the snow is to look at high volume food sources where deer aren’t going to have to expend a lot of energy to forage for food.

In the snow you want to focus your hunts in the evening and after frost periods. These are the times you’ll see the most deer.

Hunting in the Heat

Extreme heat is about is challenging it can get. When hunting in this type of weather is easily the worst feeling there is. But you can bet your mortgage on the fact that deer are going to be at water sources.

During your spring scouting seasons make sure you pinpoint some watering holes that tend to garner a lot of attention.

Hunting in extreme conditions downright sucks. So why do we hunt in extreme weather?

I can only speak for myself but for me, it’s because of the memories involved in the misery. Hunting is about being with your friends; it’s about the joy of the chase. It’s about fun. Sometimes you’ve just got to ’embrace the suck.’